I took 3rd Place in Indonesia National Kendo Tournament 2010 – Men Kyu Division. In semi final I lost to Mota, the one on the right of above picture. Then I beat my junior from Malang to get the Bronze. I was lucky enough to met him, and won by two Kote Strikes.

This medal also brought me to ASEAN Kendo Tournament in Singapore, October 2010, which was the first time I went abroad (and my first time to have a trip with airplane!).

I started Kendo in September 2008, and when i got this Medal i have a 1st Kyu grade, and on August 2010 I passed the 1st Dan Exam. So when I participated in ASEAN Kendo Tournament in Singapore, I already have 1st Dan.

To speak the truth, this is the first time I got title in Kendo as an Individual, and also the last until now, since i have not win any individual title afterwards.

I do have some other medal and trophy today, but all of them are from Team Match, as the member of Kendo Malang Team.

Kinda Sad, but that’s not a really big deal, because I enjoy Kendo the same as I started it years ago. 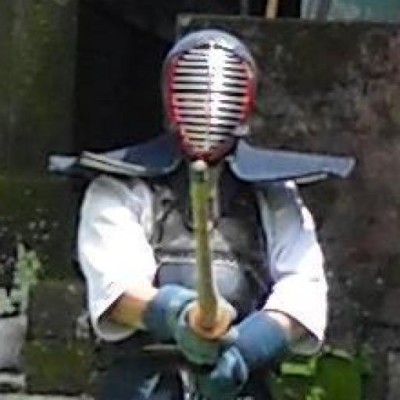